Which Strains of Marijuana Have Highest Level of THCV? 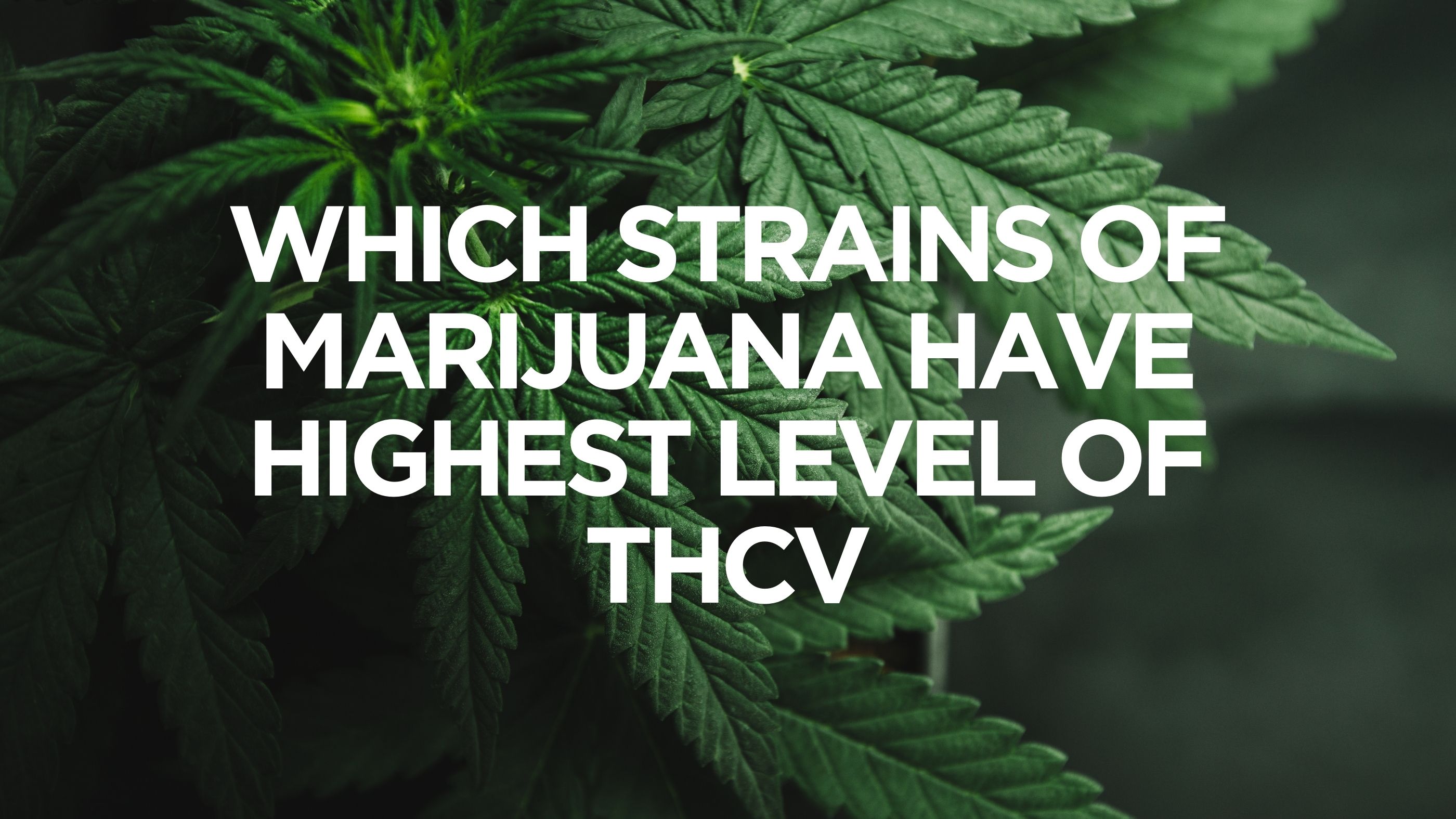 THCV or tetrahydrocannabivarin is a compound that is found in cannabis. It offers a unique string of effects and medical benefits that sets it apart from other cannabinoids such as THC and CBD. As such, there are certain strains that are better than others if you are looking to reap the benefits of THCV. A lot of medical marijuana patients are looking for a particular type of relief, which is why they are using in the first place, and this compound in the marijuana can usually help. Or, if you are a regular person who is looking to feel the special effects that only this cannabinoid can provide, then you need to understand which strains you should look for.

THCV is very similar to THC, which you can probably tell by the name. However, it does provide a range of different effects to THC, and they are rather pronounced. One of the effects of THCV is that it is an appetite suppressant, which is the complete opposite of THC. As such, if you are looking to lose some weight, this could be something to consider helping you control how much you eat. However, if you are someone who is being treated for anorexia, or has anorexia that isn’t being treated, THVC should have stayed away from it.

There has also been some talk ot THCV potentially being able to reduce panic attacks. A lot of the time, a medication that deals with anxiety surpresses emotion entirely, leaving a person feeling empty or incapable of feeling. However, this is not the case with THCV, as it appears to be able to get rid of these anxiety attacks without the unwanted side effect.

You will also find that THCV may be able to stimulate bone growth. It’s currently being studied for osteoporosis and other bone-related conditions. If it can be proven to stimulate the growth of bones, it could be a game-changer in this area of the industry.

THCV has also been rumored to be able to help with diabetes. This is due to the ability to regulate blood sugar and reduce insulin resistance. More studies need to be conducted into this area before it can be known for sure, but there have been some reports of this being the case for people who have diabetes.

The last effect that we are going to mention is that it may be able to help Alzheimer’s. Again, the research is something that is currently being conducted, but so far the results have been promising. For example, THCV has been reported to potentially help with motor control, tremors, and brain lesions. If this can be done on a wider basis, then it could be massively beneficial to the industry as a whole, ensuring that people get the help that they need, and Alzheimer’s impacts fewer people in such a harsh way.

Which Strains Have The Most?

Of course, this is not going to be a fully comprehensive list, however, it is going to include a range of different strains that are known for having higher than average THCV contents. Most of them can be consumed in a number of different ways. For example, you can either consume them in flower form, or you can process them have they can be used in edibles, extracts, and oils. If you do use the processed products, then you are likely to get a higher concentration of cannabinoids in your product.

In some cases, strains are specifically bred in order to contain higher levels of THCV. Before we mention specific strains, it’s important to note that you are more likely to get a higher concentration of THCV if you choose the African sativas over anything else.

Some of the strains that are high in THCV are as follows:

As you can see then, there are a whole range of strains that are high in THCV. If you are looking to really benefit from the effects that this cannabinoid is thought to produce, then you want to go for one of these. If you are a medical patient looking for any of the effects that we have mentioned, these are your best shot. You can purchase these from many places online, including a store like Apotheca.

If you want to look for more strains than the ones that we have listed, you might not be exactly sure how. You might be searching for the effects that THCV provides, meaning that you are now looking for other products that you can use. However, the problem arises when you figure out that most products and strains only actually contain trace, often undetectable amounts of THCV. It’s for this reason that it is extremely difficult to see the effects that you are looking for.

However, with all the research that is being done into the cannabinoid, it’s expected that more THCV-rich products will be introduced in the coming years. However, some people aren’t going to want to wait that long, and as such need to know where THCV-rich strains can be found.

First, you should look for African sativas like we mentioned above. THCV is more common in sativas. More precisely, they are found in landrace, which is an African variant.

We hope that you have found this article helpful, and now know more about what strains of marijuana contain higher levels of THCV.