Did You Know These Interesting Facts About THC Delta-8?

What do you need to know about THC Delta-8? Although THC Delta-9 is the most well-known cannabinoid in cannabis flower, it isn't the only powerful chemical component. One of its isomer, THC Delta-8, is also one of the four most common cannabinoids, which has some differences in chemical structure and effects.

According to the National Cancer Institute, Delta-8-THC is an analog of tetrahydrocannabinol (THC) with antiemetic, anxiolytic, appetite-stimulating, analgesic, and neuroprotective properties. In the central nervous system, the delta-8 binds to cannabinoid G-protein coupled receptor CB1. And as a result, it's less psychoactive than delta-9 THC.

Overall, delta-8 is a lighter version of Delta-9 as it has fewer atomic bonds in the chemical structure. 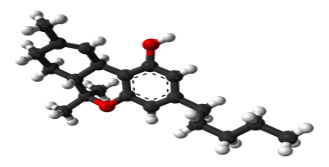 As THC delta-8 is a lighter version of delta-9, there is a slight difference in user experience. When it comes to the intoxicating effect, anxieties, or paranoias, the delta-8 has a lighter level compared to the delta-9.

This is why you just have a moderate "buzz" and less "high" when using. So if you seek the benefit of THC but don't want to become overly intoxicated, then delta-8 is what you're looking for.

Anyway, many people report that THC Delta-8 boosts their confidence significantly by helping them feel more active and outgoing. While Delta-9 often suppresses your physical activities, the THC Delta-8 gives you a slight "heady" feeling, which is manageable so you can still perform certain activities while using it.

Besides, many reports claimed that the delta-8 was much less likely to cause tension in large doses than the delta-9

In addition to the control of hunger, fatigue, and even cancer, delta-8 can also be a beneficial neuroprotective component. It is a crucial treatment for those suffering from depression and Alzheimer's disease. This essential neurotransmitter has an important role in improving learning ability and memory. Since lower rates of acetylcholine are correlated with Alzheimer's disease, some suggest that THC delta-8 can reduce, or possibly even reverse, this disorder.

Not only that, many researchers decided to test the ability of the delta-8 in cancer treatment. For animals, the studies focus on mice that were diagnosed with lung cancer. As a result, researchers found that the survival time of mice had increased. Besides, cancer patients who used delta-8 for 20 days experienced a reduction in tumor size.

However, the results from these studies are not enough to prove that doctors could use delta-8 for cancer treatment. The scientists need more experimental results to make a final conclusion for this hidden benefit. 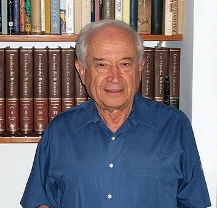 The THC Delta-8 was also used for chemotherapy purposes. In 1995, Dr. Raphael Mechoulam conducted a project in three universities in Jerusalem. During the research, eight children from 3 to 13 years old received the delta-8 doses (as part of their routine treatment) before undergoing chemotherapy.

The kids received the dose two hours before the chemo session and every six hours (within 24 hours). As a result, researchers reported that the children did not suffer vomiting or other side effects from the procedure (which initially included other medications besides delta-8).

From the experiment, the researchers confirmed that the delta-8 was an effective compound for disease treatment, unlike delta-9, without the risks of unnecessary psychoactive effects.

The amount of THC Delta-8 in cannabis plants is small and limited. Such buds also contain less than 1 percent of the chemical. So we must perform a rigorous method of extraction, separation, processing, and refining to obtain a sufficient amount of the molecule.

Yes, THC Delta-8 is legal. For the past 90 years, people have been taught about the dangerous effect of Delta 9 THC, but Delta 8 isn't as scary. It's federally legal in most states in the USA, according to H.R. 2: The Agricultural Improvement Act of 2018 (The Farm Bill 2018).

You can click on this link to check out our newest THC-Delta-8 products.