What is delta-8-THC and what are its benefits? 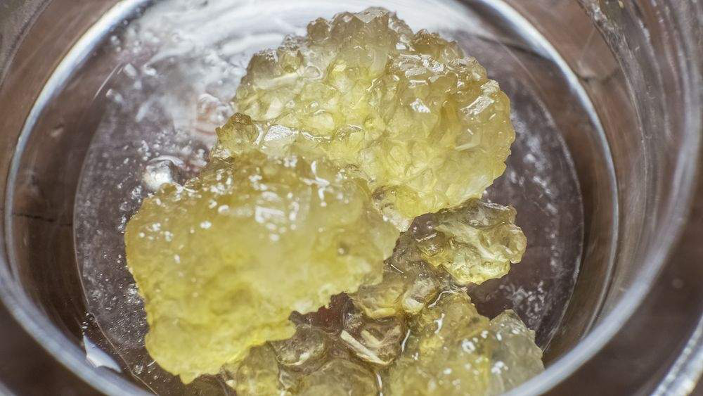 Cannabis is a plant full of chemical components, some of which are known as cannabinoids, because they couple with the endocannabinoid receptors in our body causing a wide spectrum of physical and mental effects. The THC or delta-9-tetrahydrocannabinol (Δ9-THC) is, by far, the best known of these cannabinoids, but certainly it is not the only one. Its cousin the delta-8-THC (Δ8-THC) is also one of the four cannabinoids more common in a marijuana plant, but with several key differences.

Nowadays, it is more and more common to find in extracts or concentrates a compound called delta-8-tetrahydrocannabinol (Δ8-THC), especially in the North American states that allow the medical or recreational sale of cannabis products. But, how did this lost relative of delta-9-THC suddenly appear? Delta-8-THC has almost exactly the same atomic structure as delta-9-THC: the only difference between them is the position of an atomic bond. Of course, this small difference may mean that the compound produces different effects.

But while delta-9-THC exists in total percentages that can reach 30% depending on the variety, delta-8-THC only exists naturally in tiny fractions of less than 1%, so its main value is obtained when it is produced in a refined form, in concentrates or extractions.

What are the effects of delta-8-THC?

On the one hand, delta-8-tetrahydrocannabinol has a lower psychotropic potency than delta-9-THC. On the other hand, delta-8-THC is known to be very effective as an antiemetic (i.e., as a vomit or nausea inhibitor) and also has anxiolytic, appetite stimulant, analgesic, and neuroprotective properties because it binds to the CB1 and CB2 receptors.

Taking advantage of the lower psychoactivity of this substance, Dr. Raphael Mechoulam conducted a study in 1995 in conjunction with the Shaare Zedek Hospital and the Hebrew University of Jerusalem, where delta-8 THC was administered to eight children between the ages of 3 and 13 with various hematological cancers. These children had been treated with chemotherapy for eight months before being given delta-8-CT.

With this treatment, vomiting was completely eliminated and side effects were negligible. The Israeli researchers also discovered that they could administer high doses of delta-8 to take full advantage of its antiemetic effects without the uncomfortable aspects of psychoactivity caused by delta-9.

How is delta-8-THC obtained?

It is almost certain that Mechoulam and his team faced a dilemma with the choice of delta-8 for their research: given its low percentage in the natural composition of the cannabis plant, how could they obtain the necessary material for therapeutic use? The answer was found in a U.S. patent that showed a method for converting the cannabinoid CBD, one of the most common, in delta-8 and delta-9. The method is called isomerization and uses chemical processes to break the atomic bonds in a molecule (in this case, the one of CBD) and, because it shares the same atoms, although in a different disposition, it transforms it into another molecule (delta-8 or delta-9).

Current advances in technology have only facilitated the method of isomerization of CBD into the two forms of THC over the last decade. But the current appearance of delta-8 in the market of medical and recreational cannabis is the result of a modern generation of pioneers of cannabis concentrates, which are based on other methods of extraction such as distillation, which allows this ingredient in vaporizer cartridges or food.

Thus, delta-8-THC is currently obtained by using thin-film distillation (fractional distillation) of cannabis flowers. The isolation of the compound in this process is achieved through temperature variations, aspiration and scientific equipment, which allows to purify and isolate specific cannabinoids eliminating any residual solvent, impurity and any other undesirable compound.

But one factor that will surely help the rise of delta-8 in the cannabis market is the availability of the main ingredient needed to obtain this converted THC: CBD.

Industrial hemp with a high CBD content (legally defined as any cannabis plant with less than 0.3% delta-9-THC) is currently being grown in several countries and, when harvested, can be converted into pure crystalline CBD extracts (99% pure), which can then be relatively easily converted into either delta-8 or delta-9. Therefore it is not exaggerated to think that the proliferation of new cannabinoids ready for sale and distilled in the laboratory, as delta-8, is already well advanced.

The effectiveness and stability of delta-8-THC make it an extremely valuable chemical compound derived from marijuana. The benefits and effects of this cannabinoide serve as much to the therapeutic consumers as to the recreational ones, and illustrate the power of the chemical components minority within the cannabis.