What are THCV Cartridges? 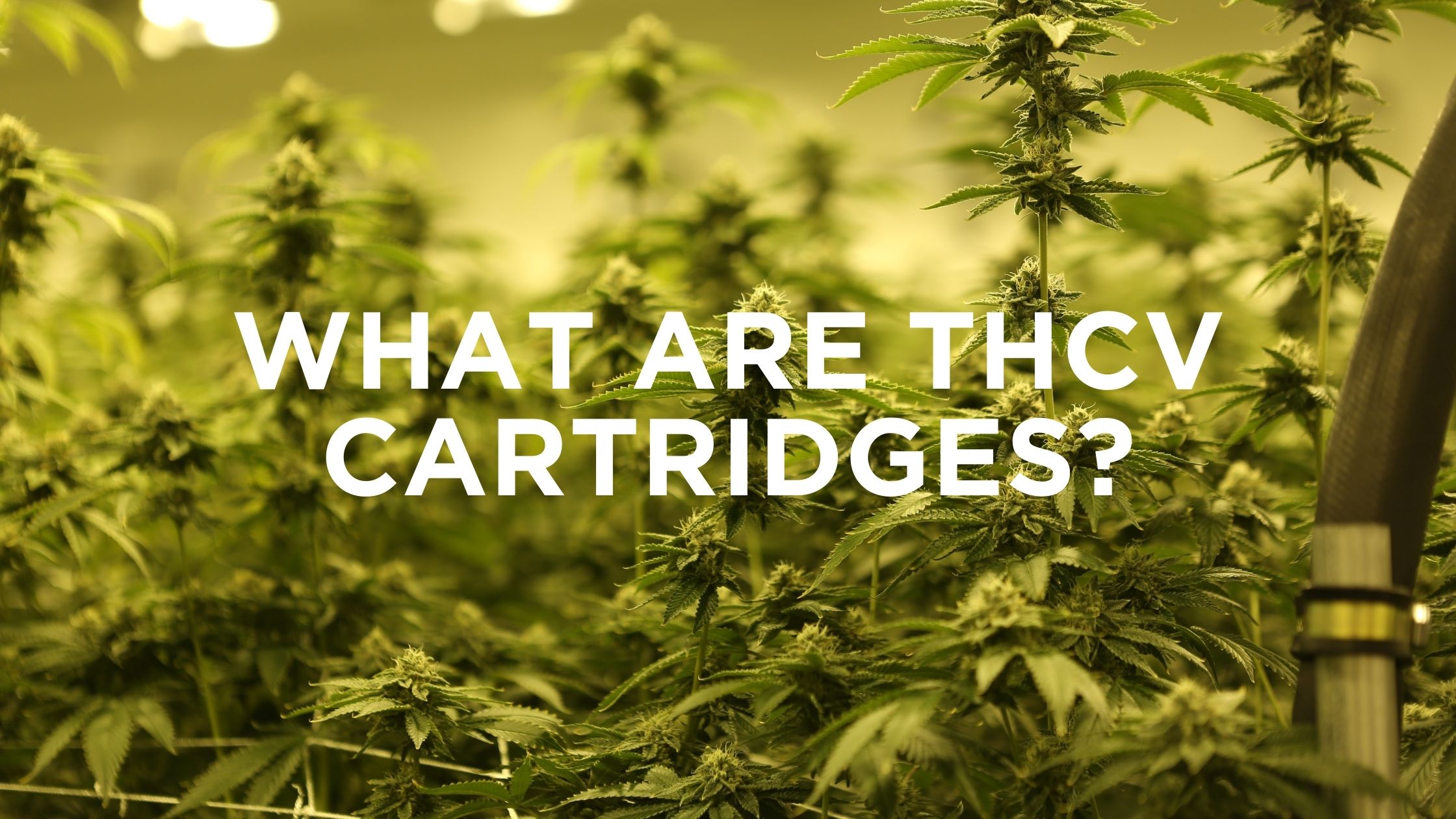 THCV Cartridges: Your Next Favorite Way to Toke

Ever since the birth of marijuana use, people have come up with various creative ways to enjoy it. We’ve gone from ancient Mesopotamians using the azullu (cuneiform word for weed) in their food and incense for spiritual and religious purposes, to modern smokers using joints, vaporizers, and spliffs for the euphoria and other health benefits.

Even now in the 21st century, stoners never seem to run out of ideas to enjoy weed more easily, with more novel ways being introduced by the day (almost, at least). One of the newest additions to our shelf of ingenious ways to consume marijuana is by using cartridges.

What are THCV Cartridges?

When some genius cannabis user decided it would be a good idea to modify an e-cigarette to hold weed instead of tobacco, he unknowingly paved the way to unlocking an even more convenient way to smoke cannabis: cartridges.

Cartridges differ from their predecessor makeshift marijuana vape pens in that with the latter, people had to purchase bottles of vape juice and fill the vape pen themselves. With cartridges, the need to do things yourself is essentially eliminated.

THCV Cartridges are disposable pre-filled vessels containing strains of THCV oils. THCV is a close cousin of the more well-known THC, one that has not yet been 100% proven to produce psychoactive effects (first-hand experiences and science seem to clash, but it’s an ongoing research so there’s hope!). It does offer an impressive lineup of benefits, though, including a clear head.

Using THCV Cartridges truly is a trouble-free way to smoke this cannabinoid. Probably even the easiest these days.

But how does it actually work?

How does a THCV Cartridge work?

A THCV Cartridge is used with vape pens to—that’s right—vaporize the oil and produce the smoke (but it’s vapor!) you’re all too familiar with.

You attach a THCV cartridge to a vape pen, press a button to heat the coil, the oil is vaporized, and voila! You’ve just ripped a good amount of cannabis, and in record time too! Add that to the already-lovely-in-itself fact that it’s that easy.

At this point, you could be thinking, “Yeah, it’s great… in theory!”

Well, we’re not exactly trying to convince you to make the switch to THCV Cartridges. Even if that were to be the case after you’ve finished the article, our job is simply to show you the wonders of this wild method of reaping the benefits of THCV so you can make the decision yourself.

Now, let’s talk about why you should give THCV Cartridges a chance.

Why should I switch to THCV Cartridges?

Let’s just get one thing out of the way: THCV Cartridges are made easy to use. If you’re looking for a proper reason to jump into the world of cartridges, it’s that.

But there are even more benefits that come with switching to THCV Cartridges. Let’s look at each one:

Let’s start with the easiest to explain. THCV Cartridges and their partner vape pens are just the right size to throw into your pockets or mini-bags.

It’s a great upgrade from baggies that you might mindlessly leave open or spills from rolling joints while being high out of your mind—especially if you’re smoking by yourself.

Indirectly related to the previous point, THCV Cartridges help you keep the whole weed thing low-key, especially around family, friends, or acquaintances who are not so big on marijuana use.

Since what the burning coil produces is vapor and not smoke, the odor problem becomes non-existent too, so you can more confidently inhale your THCV without having to worry about drawing unwanted attention.

One other feature that makes THCV Cartridges impressive is the power they give their users to control how much cannabis they’re actually taking in.

Think joints or blunts that you can literally turn on and off whenever you want. You don’t have to worry about the roll burning away in waste if you feel like you’ve had too much and simply go back to it if you start to feel the high wearing down.

Let us start by pointing out the main difference between vaping THC and THCV oils: their boiling point.

THC remains to be the most-researched cannabinoid there is and it’s still considered the main component that gets people intoxicated.

However, this doesn’t completely disqualify THCV from the game of inducing high. On the contrary, THCV’s euphoric effect is incredibly hard-hitting, although not nearly as long-lasting as that of THC.

Still, with a vape pen and your go-to THCV Cartridge, you can easily grant yourself that high whenever you feel like it!

Things to consider before making the leap to THCV Cartridges

Like we promised, we’re not here to trick you into going fully dependent on THCV Cartridges—we’re here to lay out the facts.

Here are a few things to look at before deciding to make the switch:

THCV is a cannabinoid that is not as well-researched as THC. And if that wasn’t enough, the use of canna oils with vape pens has not yet been fully backed by any conclusive scientific evidence either.

The people charged with the task to determine this method’s long-term effects on the body are still undecided.

Now that may look like a major red flag at first glance, but remember how long it took them to concede to the fact that marijuana has a plethora of medical benefits. Let’s give them some time, they’ll surely come around.

Earlier, we set THCV Cartridges in high praises because of the fact that vapor doesn’t give off too much odor, and therefore, ups their discreet factor. But this may not be a really great thing for those who are huge fans of the aromatic experience that comes hand in hand with smoking cannabis.

As with other concentrates, THCV oil contains way fewer terpenes than a physical bud because of the way it’s produced.

If you think about it, however, many other methods of cannabis consumption fall short in the aroma and flavor departments too. It’s all just a matter of picking out the things you enjoy the most when it comes to cannabis intake and making the choice from there.

As you can see, the cons are not exactly bad things, just factors that you might want to put some thought into.

Do you want to know what we really think? We think you should definitely try out THCV Cartridges and discover what makes them so special for yourself.

Wondering how you could score yourself some? Apotheca is the place to be.

Where can I get a THCV Cartridge?

Again, THCV is not yet as well-known as other cannabinoids like THC and CBD. Therefore, there aren’t that many THCV Cartridge products out yet, but they’re certainly not non-existent.

In fact, you need not look further than Apotheca to help you gather the materials needed for your first THCV Cartridge experience! We offer only the highest quality THCV products: gummies, tinctures, and cartridges, and we make sure they’re sourced only from US government-sanctioned growers, too!

Eager to try but not all that happy to spend bucks for something you’re not so sure about? No pressure. Try and bum a few inhales (or more) from someone that you know has a THCV Cartridge to help you seal your decision. Once your mind’s made up, be sure to come back to Apotheca and we’ll take it from there!