Understanding the Benefits of Medical Marijuana 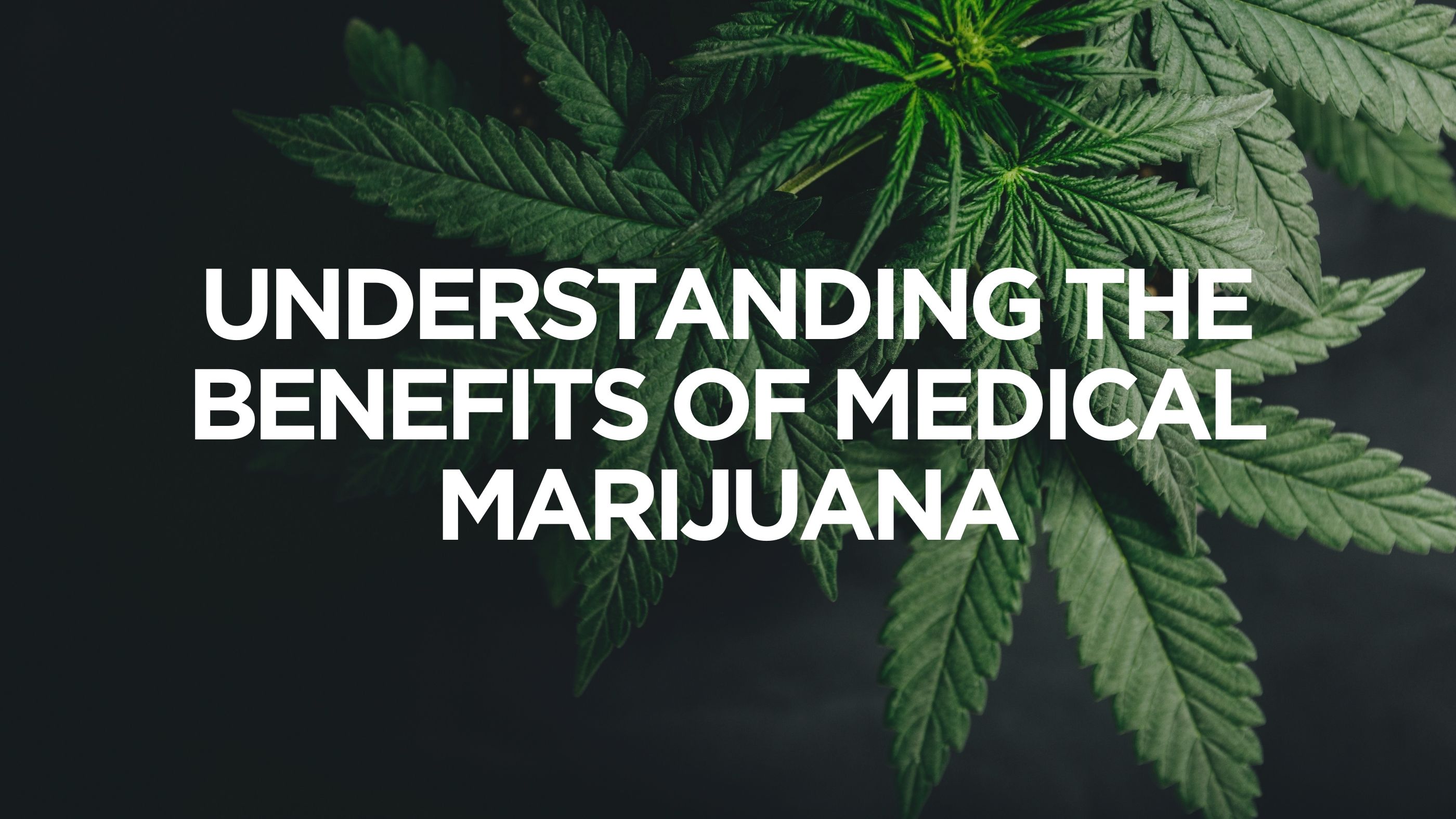 As a product, medical marijuana is the same as recreational weed- the difference lies in how they are used. Although it should be emphasized that taking cannabis is not some magic panacea that can cure diseases, there are certainly enough studies to support the measurable benefits of medical weed.

There are various ways that medical cannabis patients can use marijuana to ease their pains and aches. They can take the vapor from raw flowers and extracts, eat them (as edibles), or take them sublingually (via oils).

Once solely known as just an illegal drug and used mainly for recreation, cannabis has become a trusted medication for people suffering various conditions, from anxiety and arthritis to chemotherapy-related nausea. Medical weed is a safer alternative to some popular pharmaceutical products and has potentially harmful side effects.

Even pets can now benefit from the wonders of cannabis use, which are readily available from products such as Apotheca CBD For Pets.

To understand medical marijuana, we have to know how cannabis works, what's within the marijuana plant, what to consider in looking for the ideal weed products to use, and the different ways that patients can use medicinal cannabis.

How the Endocannabinoid System Works

It's essential to understand how the Endocannabinoid System works in order to make it more clearer the functions of medical cannabis. The endocannabinoid system acts as a regulatory system, the mediator of the effects of weed in our bodies. The system is named after cannabinoids, the plant elements that led researchers to its discovery.

It's also considered by some as one of the main homeostatic systems in the body, whose principal job is to maintain the right balance that keeps our bodies performing their best.

The endocannabinoid system is made up of cannabinoid receptors, the CB1 and CB2, and enzymes that metabolize the endocannabinoids. The system regulates many of your body's most vital functions, such as sleep, pain, hunger, nausea, anxiety, and the metabolism of energy.

The system is so vital in maintaining homeostasis in the body that having endocannabinoid deficiencies can result in a lot of health conditions such as migraines, fibromyalgia, and irritable bowel syndrome.

So, where does weed fit in all this? We have a similarity to weed. Cannabis has plant-based cannabinoids (phytocannabinoids) that can affect the functions of the endocannabinoid system and help them regulate body functions.

Cannabis has more than 500 different chemicals, including at least 140 cannabinoids. Cannabinoids can only be found in marijuana. Among these, two cannabinoids are the most prominent- cannabidiol (CBD) and tetrahydrocannabinol (THC).

Aside from medicinal benefits, THC is also known for providing cannabis with most of the psychotropic effects that we associate weed with. Meanwhile, CBD also contains medicinal uses, but not the psychoactive effects or the "high".

The euphoria brought by THC is responsible for the feelings of calm and bliss that users have, which can help ease symptoms of anxiety and depression. THC is also used for its anti-inflammatory and analgesic qualities. It can prevent nausea and vomiting, as well marijuana is known to increase one's appetite.

Because it does not trigger the intoxication that THC does, CBD is the option for those who want the medicinal benefits of weed and still function typically. CBD is used for pretty much the same reasons as THC.

Apotheca CBD gives you the best CBD products for your medicinal or recreational needs.

Terpenes are compounds responsible for the taste and aroma of cannabis. It's also the factor why a particular strain of marijuana can smell like pines or why another one can taste like lemon.

The terpenoid profile is also said to be the reason behind the distinguishing effects of cannabis, specifically its ability to uplift and sedate the user. Terpenes also have a significant role in the therapeutic effects of weed.

When you check the label of most cannabis products, you will see the THC: CBD ratio, the Sativa-Indica origins of the strain, and the terpene levels.

How Can Medical Marijuana Help You?

Now it's time to actually list down the health benefits that a lot of studies are attributing to medicinal cannabis. Here are the conditions that medical marijuana is said to be helpful with:

So far, chronic pain relief is the best-supported medicinal use of weed. A report from the National Academies of Sciences, Engineering, and Medicine revealed that there is definitive evidence that cannabis, specifically cannabinoids, is effective for chronic pain treatment. Medical reasons are the most common motivation for why people take marijuana.

The same report also revealed that weed could help ease muscle spasms connected with multiple sclerosis. But it can be helpful with other types of muscle spasms as well- it's used to treat diaphragm muscle spasms, which cannot be treated with other prescribed medications.

Some studies show that CBD can help treat epilepsy that doesn't respond to other treatments. There are users that swear by the ability of weed to help with their seizures or their children's when other treatments couldn't yield the same results. But it's important to stress that more research is needed regarding CBD benefits.

There's a well-known case about a family who treated their 5-year-old daughter, who has Dravet's Syndrome, with medical marijuana. The disease causes seizures and extreme developmental delays. The family specifically used cannabis that is low in THC and high in CBD.

According to the family, the treatment dramatically decreased the little girl's seizures, from 300 a week to about one every seven days. Not only this, but during that time, 40 other children in the state were using the same cannabis strain to treat their seizures, and it appeared to be working.

The doctors who recommended this medicinal cannabis treatment explained that cannabidiol interacts with the brain cells. The interaction calms the excessive activity in the brain that causes these seizures.

It's common knowledge that many people take cannabis for relaxation, but smoking just the right amount is critical- too much marijuana use can cause anxiety, which is counter-productive. There's this term that scientists have coined: the Goldilocks zone, which refers to the right amount of weed to consume for users to calm down.

It was discovered that taking low doses of THC can reduce stress, and higher doses can produce the opposite effect. A study conducted for this purpose revealed that participants who took just a few puffs were able to relax, but those who took a few more started to become anxious.

It should be noted that each individual may react differently to various situations, so this shouldn't be taken as a definite truth. Correlation is not always causation.

Are you looking for the perfect THC to ease your mind and body? Apotheca Delta-8 THC may have just what you need.

Pain is one of the top problems of having multiple sclerosis. According to research published in the Canadian Medical Association Journal, cannabis can help ease the pain brought on by this condition.

Patients suffering from painful contractions in their muscles were made to smoke marijuana for a few days. These patients weren't responding to other treatments. They reported experiencing less pain after smoking weed.

In this case, THC is the leading cause of this reduction in pain- the compound seems to bind the nerve and muscle receptors, causing pain relief.

Much has been said about the side effects of Hepatitis C treatment- it can result in nausea, fatigue, loss of appetite, muscle aches, and even depression. These adverse effects can last for months, so many people stop their treatment early.

A study revealed that around 86% of Hepatitis C patients using cannabis managed to complete their therapy. As for the non-smokers, only 29% of them finished their treatment. This was attributed to the ability of weed to reduce the negative side effects of Hepatitis C treatment.

Not only that, but the medical use of cannabis seems to improve the effectiveness of the treatment itself. About 54% of those patients who were smoking marijuana ended up with low viral levels and managed to keep them low. Only 8% of non-smokers achieved the same results.

Since cannabis has been known to alleviate pain, reduce inflammation, and promote better sleep, it's no surprise that using weed can ease the pain and discomfort associated with rheumatoid arthritis.

A study gave patients a cannabinoid-based pain reliever, and after two weeks, those patients reported a significant reduction in pain and an improvement in sleep quality.

Glaucoma is an eye disease that increases pressure on the eyeball, damaging the optic nerve and causing vision loss. Studies show that cannabis can lessen the stress inside the eye, although medical consensus shows that the effect lasts only a few hours. Researchers are looking into marijuana-based compounds that could make the effect last longer.

Cannabis is not a certified cancer treatment, but its CBD content may help prevent cancer from spreading, according to researchers at California Pacific Medical Center in San Francisco.

Studies on mice and cell cultures with aggressive brain tumors revealed that CBD and THC is able to slow down or shrink tumors when appropriately used. Careful research shows that weed can slow the growth of the type of brain tumor-related to 80% of malignant brain cancer patients.

Speaking of cancer, one of the most popular uses of medical cannabis is in reducing pain and nausea among those undergoing chemotherapy. Chemo can cause loss of appetite, nausea, and vomiting.

Taking marijuana can help in reducing these side effects by decreasing nausea, alleviating pain, and boosting the appetite. There are cannabinoid drugs that use THC that are approved by the FDA, which is meant to reduce the side effects of chemotherapy.

A 2006 study suggests that cannabis may be able to slow the progression of Alzheimer's disease, specifically the formation of amyloid plaques. Marijuana supposedly blocks the enzymes in the brain that makes these plaques, which kill brain cells and are related to Alzheimer's.

The American Journal of Medicine published a study suggesting that weed smokers are skinnier than the average person and have healthier reactions to sugars and better metabolism, even if those people consume more calories.

The study analyzed weed smokers who smoked in the previous month. Their blood sugar and insulin levels were measured after not taking food for 9 hours and after they had eaten sugar. The results revealed that not only were the smoker's thinner, but they also had better responses to sugar.

Research done in Israel revealed that smoking marijuana could significantly lessen the pain and tremors associated with Parkinson's disease and promote better sleep. The patients also displayed improved motor skills, which was a particularly impressive find.

A study about the potential of weed among people with post-traumatic stress disorder revealed that naturally occurring cannabinoids, like THC, help regulate the system that causes anxiety and fear in the brain and body. Research on the safety of using marijuana while suffering from PTSD is still ongoing.

Buy Only the Best CBD Oil Products At Apotheca

If you're in the North Carolina, Tennessee, and Georgia areas, Apotheca can give you the CBD oil products you need. Its mission is to provide alternative remedies to modern medicine that are clean, affordable, and sustainable for people as well as plants.

Apotheca's team researches, tests, and curates partner brands that put people first before profit through intent and in action. No product reaches our store shelves without being thoroughly tested for quality and efficacy.

Apotheca provides a safe, secure shopping experience in an industry full of uncertainty. Visit the Apotheca Store Locations to see what's at your doorstep.