How is kratom affected by heat? The answers may vary greatly depending on who you ask. Common concerns regarding heat and kratom cite the possibility of spoiling in the sun or if the heat will somehow activate kratom and increase its potency. Just like a lot of herbs and substances, kratom's alkaloids are heat-sensitive and, thus, should not be subjected to excessively high temperatures.

Kratom should be kept out of direct sunlight and placed in a cool, dry location. Additionally, to protect the Kratom dose when intentionally cooking with high heat (like when making Kratom tea), you should add an acid like lemon juice and simmer it rather than boiling it.

But before going any further, it's important to get to know what kratom is to understand the heat concerns.

Kratom (Mitragyna speciosa), a herbal supplement, is a traditional energy booster and pain reliever in Southeast Asia. Kratom is an extract from an evergreen tree that contains the alkaloids mitragynine and 7-hydroxymitragynine. Kratom products are also referred to as Biak, Ketum, Kakuam, Ithang, Thom, Herbal, and Ketum.

When used in high doses, kratom can produce a high resembling that of an opiate, whereas when used in low doses, it acts as a mild stimulant. The Food and Drug Administration (FDA) has not given kratom any medical uses approval and currently lists it as a "drug of concern" on its website.

How is Kratom Used?

According to some FDA research, kratom is an agonist that binds to the brain's mu-opioid receptors. The same receptors are triggered when you consume opioids like heroin or prescription painkillers. In essence, kratom is a type of natural opiate. It carries the same risks of tolerance, dependence, and withdrawal as all opioids.

By binding to these opioid receptors, mitragynine and 7-hydroxymitragynine are thought to help control pain by lessening the perception of pain. As an alternative to opioid painkillers like Vicodin (hydrocodone) and OxyContin, Kratom has grown in popularity (oxycodone). Kratom is frequently used to treat chronic pain brought on by diseases like fibromyalgia and arthritis.

According to the findings of an online survey conducted in 2014, Americans who use kratom frequently have middle-aged, middle-class lives and experience pain. The majority of the more than 8,000 survey participants claimed to use kratom to relieve pain or lift their spirits.

Common Side Effects of Kratom

Although drowsiness, irritability, palpitations, high blood pressure, poor concentration, insomnia, hypothyroidism, seizures, psychosis, hepatitis, and coma have all been reported in case reports involving Kratom users, it is unclear how much of these effects are directly related to the drug.

Effects of Kratom on health that could occur include the following:

Kratom, which is used for recreational purposes, has occasionally been linked to liver damage. Some possible symptoms are jaundice, fatigue, nausea, and dark urine. A smaller but still significant percentage claimed to be using it to assist in quitting opioid drugs (a class of drugs used to treat pain).

Despite the possible side effects, you can still use kratom safely as long as you buy only high-quality, tested products from reputable sellers. Speaking of safety, you can't go wrong with Apotheca Kratom Capsules, Apotheca Kratom Powder, and Apotheca Kratom Extracts/Concentrates for your regular Kratom consumption.

Kratom and Exposure to Heat

Does kratom go bad when exposed to heat? The potency of your strain and the avoidance of mold growth are two very significant benefits of keeping your kratom in a cool location. Mitragynine and 7-hydroymitragynine, the two main alkaloids in kratom, are both heat-sensitive. They can gradually deteriorate and lose their potency over time, even at room temperature. This is why it's important to keep storage tips for kratom in mind and know how to consume kratom properly.

Depending on where you live, it might be too hot to keep your kratom in a random location during the summer. If you use up your supply fairly quickly, it probably won't matter too much, but if you want to keep it fresh for longer than a few weeks, it's best to find a cool location to store your kratom.

Additionally, keeping Kratom cool will aid in preventing the growth of mold. Mold spores typically need temperatures above 70°F and high humidity (60–70%) to thrive. So, if your storage area is also dry, storing your supply in a cooler environment can either delay or completely prevent mold growth.

How to Protect Your Kratom Alkaloids When Making Tea

One of the most well-known and traditional ways to consume kratom is through Kratom tea. The potency of your dose can be harmed by making Kratom tea, despite its enormous popularity. Fortunately, a few simple precautions in preparing Kratom tea can protect your alkaloids from the harm that the heat would otherwise cause. 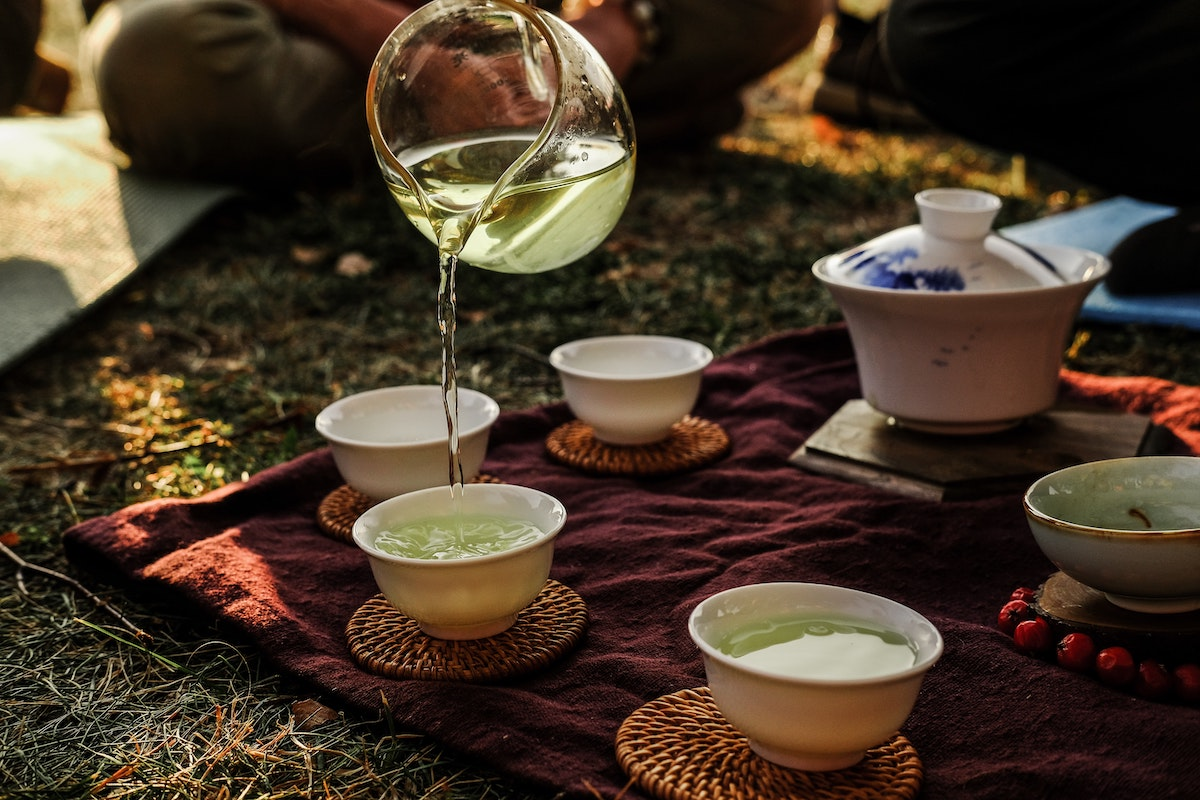 Do Not Boil Your Tea and Let It Simmer Instead

The potency of kratom can be significantly diminished by the temperatures needed to boil kratom in water. Even though you only need to brew your tea for a short while, these temperatures will probably still have an impact. You can protect your Kratom tea recipe from some of this harm by lowering the heat to a simmer rather than a boil, which will significantly lessen the degradation of 7-hydroxy mitragynine during your brew and benefit Kratom alkaloids.

Use an Edible Acid, Such as Lemon Juice, to Lower the PH of the Water You Use

Alkaloids in kratom are actually shielded from heat degradation in moderately acidic environments! Therefore, you can significantly lessen the degrading effect that temperature will have during your brew by adding lemon juice, apple cider vinegar, or another edible acid to the water you use.

Other Concerns About Kratom

Many people think kratom is safe to use because it is a herbal supplement. But it's crucial to remember that the FDA does not regulate supplements before they are put on the market. There is no assurance that a supplement will contain the ingredients listed on the label as a result (or that those ingredients will appear in the indicated amounts).

Substances can be contaminated or adulterated with other drugs, herbs, or substances. For instance, salmonella-tainted kratom caused at least 199 Americans to fall ill in 2018. 14

Similar to marijuana, kratom is available in a variety of forms or strains, each of which is said to have unique effects. Kratom varieties are typically referred to by their place of origin or method of production in their names. Common strains include Bali/red vein (often used to relieve pain and has opioid-like effects), Green Malay (supposed to boost energy), and Borneo.

Kratom has the potential for tolerance, dependence, and withdrawal. People who use kratom may develop a tolerance or the need to use more to achieve the desired effect and may experience withdrawal symptoms if they discontinue use.

How Long Does Kratom Last in Your Body?

Remember, too, that Mitragynine, Kratom's main active alkaloid, can be detected in a urine test.

According to the DEA, kratom abuse can lead to addiction and psychotic symptoms such as hallucinations, delusion, and confusion. Although not everyone experiences addiction in the same way, there are several distinguishing signs and symptoms. These include tolerance, dependence, and withdrawal. Other common addiction symptoms include:

How to Get Help For Too Much Kratom Use

Living with pain is difficult. If you live with pain, you are probably already aware of its significant impact on your quality of life. If you are thinking about trying kratom, you should first consult with your doctor. Some pain clinics combine complementary and alternative therapies with traditional medical approaches to treat and manage pain. For example, mind-body practices like mindfulness may assist some people in maintaining pain control despite the stresses of daily life.

Alternative herbal remedies that may be beneficial if you are taking kratom for mood improvement or relaxation include kava, chamomile, lavender, or ashwagandha. Don't put it off any longer when you have been consuming kratom to self-medicate and have noticed that it's taken over your life. A trusted healthcare professional can help you on the road to recovery.

What temperature does kratom break down?

What is Kratom tea good for?

According to a 2017 survey, kratom may help with pain relief and may alleviate the symptoms of mood disorders such as anxiety and depression. Others have claimed that Kratom tea can help with opioid withdrawal symptoms. This is due to the presence of mitragynine and 7-hydroxymitragynine in Kratom leaves, which interact with opioid receptors in the brain. Animal experiments revealed that kratom might improve opioid tolerance in mice.

The majority of people brew tea at temperatures of up to 100° C (212° F). As a result, you might expect both alkaloids to lose potency after only a few minutes in hot water. However, Kratom tea enthusiasts need not despair: a 2020 study found that mitragynine and 7-hydroxymitragynine begin to degrade at temperatures as low as 60° C (140° F), but it can take hours for both alkaloids to lose significant potency.

What happens when you drink kratom tea?

Kratom Tea has slightly different effects than Kratom powder. In general, the Kratom Tea experience is more stimulating. Furthermore, the analgesic effects are slightly diminished. Many people claim that drinking Kratom Tea enhances the mood and brings euphoric effects. This is most likely due to fast absorption and digestion, particularly on an empty stomach.

If you're in the North Carolina, Tennessee, and Georgia areas, Apotheca can give you the Kratom products you need. The store's mission is to provide clean, affordable, and sustainable alternative remedies to modern medicine.

Our team at Apotheca researches, curates, and tests partner brands that put people first before profit. No product reaches Apotheca's store shelves without being tested thoroughly for quality and efficacy.