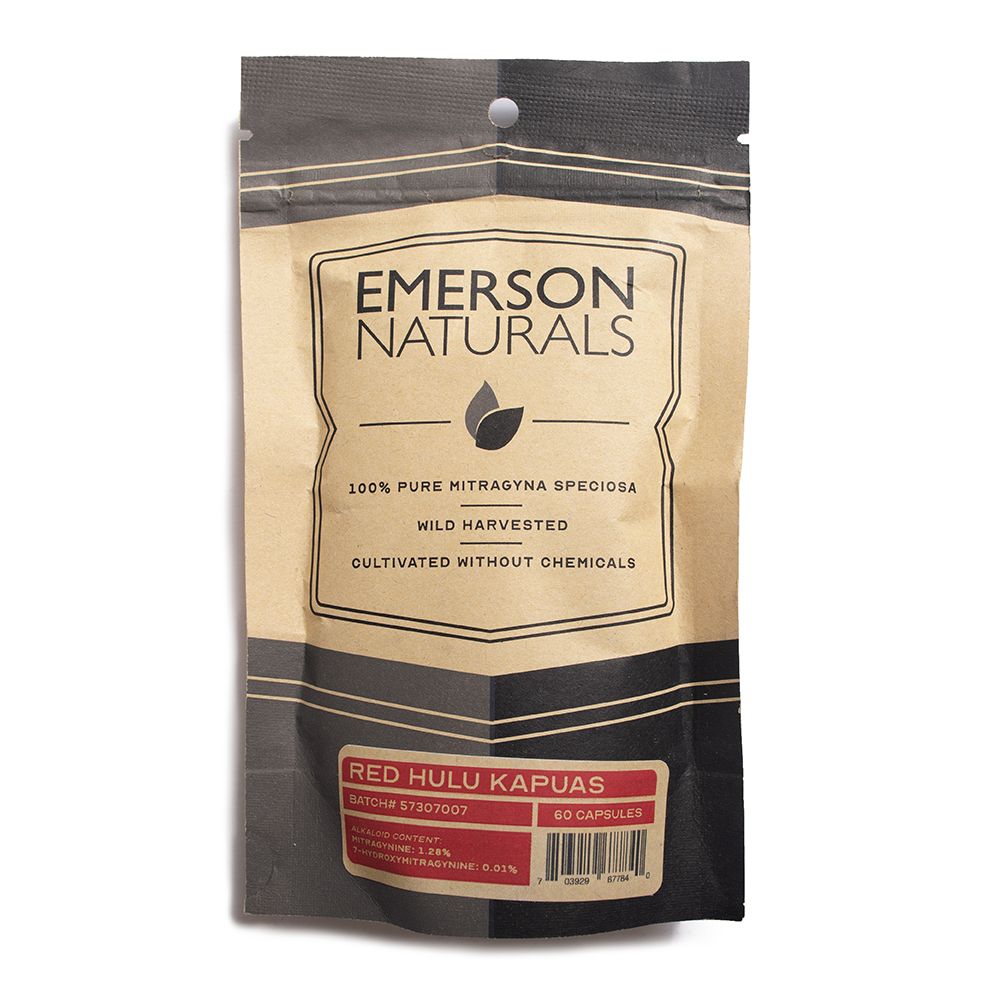 A thriving kratom tree creates the best alkaloids. To do this, kratom needs heat, humidity and proper soil pH. Kratom trees thrive in regions where it’s hot and humid, and the soil is perfect. Perfect soil for Kratom falls in a pH range between 5.5 and 6.5, with high humus levels and fertile environments. As a result, kratom trees thrive in Vietnam, Thailand, Indonesia, Papua New Guinea, Borneo and surrounding countries in the Pacific Rim.

As a result of Emerson Naturals strict requirements, they source their kratom directly from the best regions because of their ideal growing conditions. All Emerson Naturals kratom products are created in the USA.

An alkaloid is a chemical compound from a plant that has nitrogen in its makeup and a physiological effect on humans. There are more than 40 structurally related alkaloids in kratom, all having unique wellness benefits. The precise alkaloid makeup of the kratom plant depends on where the plant is grown, the soil composition, harvest timing and even the weather during its growth. Time spent drying and curing the plant also plays a key role in its alkaloid makeup.

**NOTE: We do not ship kratom products to:

What is the best kratom strain for pain management?

People use kratom for a variety of purposes, including pain management. But which strain should you use if you are tired of living with chronic pain? Among the different kratom strain types, red kratom is considered to be the best for pain management.

This is because this strain has a higher amount of 7-hydroxymitragynine. This alkaloid has opioid-like effects, including sedation and pain relief. Red kratom is produced by fermenting kratom for several days. Fermentation, in turn, increases the potency and concentration of kratom's alkaloids. Take note that red kratom has strong sedative effects, especially if you are new to using kratom.

On the other hand, if you have developed a tolerance for kratom, you might not experience sedation.

What are the side effects of using kratom for pain relief?

Kratom, especially when consumed in large doses, produces a few side effects. This is particularly true if you are using it for pain relief which requires consuming higher doses. Fortunately, there are a few things that you can do to minimize these side effects. Additionally, most of these side effects do not last long.

Among the most common side effects of using kratom for pain relief are gastrointestinal issues, headaches, wobbles, lethargy, liver damage, and addiction.

Can you mix kratom and marijuana?

Although some people say that they use kratom with marijuana, it is best to use these substances on their own instead of together. One reason why you shouldn't mix the two is that you can easily identify which substance is providing you with the benefits that you are after. For example, if you want pain relief, it is better to use kratom and marijuana separately to make it easier to identify which substance is working for you.

Second, the response to substances like marijuana and kratom can vary from one person to another. Again, it can be hard to pinpoint which substance is sedating you if you use the two all at once.

Finally, the two affect the same metabolic pathway. Using both substances can increase the concentration of these substances in your body.

Will kratom show up on a drug test?

Maybe you are scheduled for a drug test, and you are wondering if kratom will show up. No, kratom will not show up in standard drug tests. Kratom is unlike common psychoactive substances that show up in drug tests. Although kratom has opioid-like effects, its chemical structure is vastly different from the drugs screened in tests.

There are tests that can identify the major alkaloids in kratom. However, these tests are rarely used.

What organs are affected by kratom?

When you take high doses of kratom for an extended period of time, there is a considerable risk that your kidneys and liver can be damaged. Typically, the liver is the first organ affected. Once the liver is injured, it cannot perform its tasks, and the kidneys need to step up to carry the burden of cleansing the body.

When that happens, the kidneys can become overtaxed.