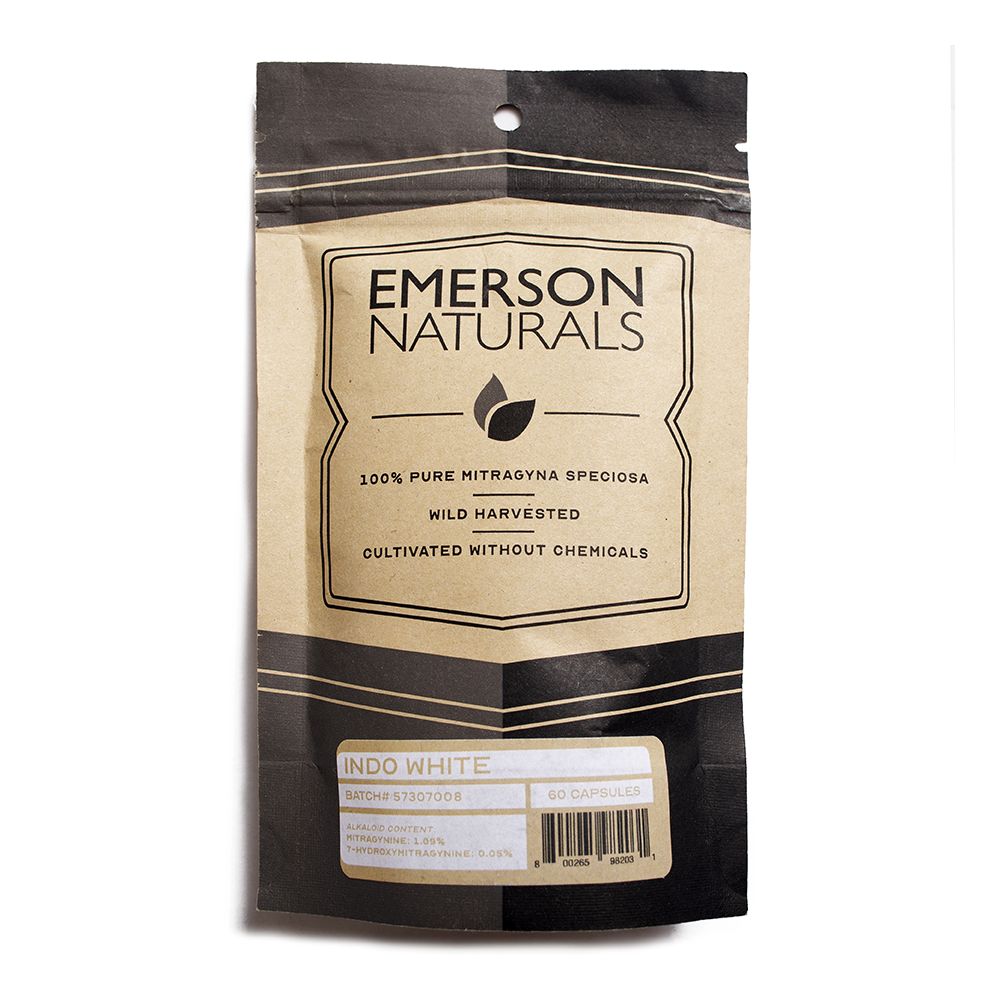 A thriving kratom tree creates the best alkaloids. To do this, kratom needs heat, humidity and proper soil pH. Kratom trees thrive in regions where it’s hot and humid, and the soil is perfect. Perfect soil for Kratom falls in a pH range between 5.5 and 6.5, with high humus levels and fertile environments. As a result, kratom trees thrive in Vietnam, Thailand, Indonesia, Papua New Guinea, Borneo and surrounding countries in the Pacific Rim.

As a result of Emerson Naturals strict requirements, they source their kratom directly from the best regions because of their ideal growing conditions. All Emerson Naturals kratom products are created in the USA.

An alkaloid is a chemical compound from a plant that has nitrogen in its makeup and a physiological effect on humans. There are more than 40 structurally related alkaloids in kratom, all having unique wellness benefits. The precise alkaloid makeup of the kratom plant depends on where the plant is grown, the soil composition, harvest timing and even the weather during its growth. Time spent drying and curing the plant also plays a key role in its alkaloid makeup.

**NOTE: We do not ship kratom products to:

Can kratom be used as an antidepressant?

There are only a handful of studies on the potential use of kratom for mental health issues. However, there are some anecdotes of people using the substance to self-treat mental health conditions like anxiety and depression. According to these people, kratom has helped them in reducing the symptoms of their conditions while enhancing their moods.

Previously, experts suggested that kratom has the potential to help people who are trying to recover from opioid use abuse. The reason behind this thinking is that certain compounds found in kratom interact with the body's opioid receptors. Consuming kratom can lead to benefits like pleasure, sedation, and pain management. Mitragynine, one of the compounds found in kratom, can even cause stimulant-like effects.

Although there are still few studies that thoroughly evaluate the effects of kratom and its mechanism inside the human brain and body, there are several reports of people finding success in managing their mental health issues through the help of the substance.

One research published by the Yale Journal of Biology and Medicine highlights the potential of kratom, including mitragynine, as a treatment for depression and psychosis. According to the researchers, kratom's interaction with the brain's receptors shows that the substance can decrease psychosis in the same way that antipsychotic drugs can. The experts go on to suggest that kratom shows significant promise either as a lead drug or a part of a suite of medications.

What are the pros and cons of kratom capsules?

For one, kratom capsules are discrete, making it easy for you to bring them with you. They are also ready to consume, requiring little to no preparation. And unlike kratom powders, capsules are generally gentle on the stomach and won't create digestive problems.

But the chief advantage of capsules is that you are assured that you get the correct dosage all the time. This eliminates guesswork and the need to measure. However, kratom capsules cost more than powders. Also, you might find it more difficult to find capsules compared to powders.

Is kratom legal in all states of America?

Unlike psychedelic drugs, kratom is not classified as a controlled substance in the United States. Essentially, that means you can purchase kratom both online and in brick-and-mortar stores. Additionally, its production and sales aren't regulated compared to other products. But despite its status, there are a few things that are worth knowing.

For one, kratom is legal at a federal level. However, there are some states that have chosen to regulate or outright ban its sale and use. In short, it isn't legal in all states in America. Specifically, you can't buy, sell, or use kratom outside of the states of Arkansas, Rhode Island, Wisconsin, Vermont, Alabama, and Indiana. With kratom showing promise in treating and managing certain disorders, there is hope that these bans will be lifted in the near future.